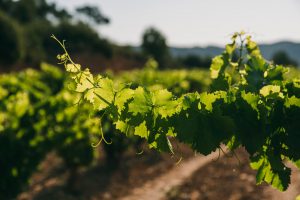 Just a few weeks ago I was invited to a debate on “natural” wines, a topic that is very fashionable at the moment, but also a controversial one. So, today we will talk about them.

So, are the wines I’ve had to date artificial ones?

No, not at all. In fact, they are as artificial as the so-called “natural” ones.  You see, the term “natural” is precisely where much of the controversy about this type of wine comes from. In my opinion, there are two elements that greatly confuse producers, advisers and consumers when we talk about this issue. First of all, the very word “natural” strictly speaking should mean that wine is obtained directly from nature – which is obviously not the case-. Secondly, there are no rules to regulate “natural” wines, for example how the category is regulated and what wines can belong to it.

Let’s do this in stages. Why is there an interest in classifying a wine as “natural” if it isn’t?

There is a real and positive trend – one which I am convinced will be consolidated in the future – towards what I would call sustainability. This is society’s desire to preserve the planet’s natural resources, to create a more pleasant and healthy environment in which to live, and one that is as diverse as possible. This trend has made its mark in the wine sector – as well as many other sectors – by making it even more aware of the need to preserve the environment.  From my point of view, every winery in the 21st century should take on the challenge of sustainability, as some of us have been doing for years. All things “natural” reinforce this trend.

This is the reason behind the hallmark for organic winemaking, isn’t it?

Ecological, biodynamic, integrated production, well these are all certifications that aim to give value to these practices in wineries, which have been previously audited, by granting them a commercial hallmark that consumers can recognise. However, there are also many winemaking projects with sustainable approaches that go beyond these hallmarks, as they work on the basis of practices used here and there that winemakers consider to be more sustainable for their soil, diversity and plants, regardless of what a specific certificate determines.

So, “natural” winemakers may include those who apply sustainable practices and criteria, but who don’t necessarily have a certified hallmark?

In general, the answer is “yes”, although some of them may have a certified hallmark, but not always. The reason for this is that there are winemakers who interpret “natural”, as not necessarily being sustainable winemaking, but minimal intervention in the winery, a debate that centres on the use of sulphites.

I see. So in other words, what really characterizes natural wines is the absence of sulphites, regardless of sustainable practices in the vineyard. Is that it?

Well… no, not exactly. In fact, this has been one of the most controversial issues, once again both in concept and form.  On the one hand, all wines have sulphites, since sulphites are produced naturally during fermentation. However, a winemaker can choose to adjust the quantity of sulphites during the winemaking process, and this is when you find winemakers who say their wines are “natural” because they do not add any sulphites at all, although the wine still contains traces of sulphites. There are other winemakers who claim that they minimise their use – something that many of us who are not “natural” winemakers already do-.

Sounds like a catch-22! Well, now I understand what you were saying to me about the confusion…

Yes, indeed. Everything goes really! For this reason, some people define these wines as those that are made with minimum (a relative term in itself) intervention, to be the most authentic and healthiest. But, is it more authentic to make a wine with minimal intervention in which the winery’s microbial fauna dominates, or one which intervenes in order to preserve everything that comes from the land: its plant, soil, and environment? However, this is a philosophical question and I could dedicate an entire article or post to this subject.

As we have mentioned, all wines, even “natural” wines, have traces of sulphites. However, although sulphites have an antiseptic action -which ensures and/or minimises the presence of undesirable microorganisms and possible causes of alterations- they are also a natural antioxidant and are present to a lesser degree in wine than in other foods. Because sulphite is an allergen for some people, it is considered to be good practice to minimise its use. On the other hand, there are studies that warn of risks related to not adding any sulphites during the winemaking process as this could result in biochemical deviations that generate certain substances that are extremely harmful for the organism; biogenic amines would be an example of this. So, from my point of view, we have to be very careful when it comes to “Zero sulphites added”.

Well, you don’t seem to be too convinced by “natural” wines. What do you think the future has in store for them?

I’ve tasted “natural” wines that are fantastic, ordinary, everything really. Nevertheless, the concept doesn’t convince me at all. Time will tell what happens to them, but I think that, in their current format, wines that want to be marketed uniquely and exclusively as “natural” ones have a very limited future. In my opinion, there is an urgent need to regulate these wines in order to gain credibility, something that some countries in the European Union are already trying to do. Meanwhile, it is precisely the lack of regulation and its diversity that have generated interest in this category of wines, both by winemakers and some consumers. So, time will tell!


Technical cookies are strictly necessary for our website to work and you can navigate through it. These types of cookies are those that, for example, allow us to identify you, give you access to certain restricted parts of the page if necessary, or remember different options or services already selected by you, such as your privacy preferences. Therefore, they are activated by default, your authorization not being necessary in this regard. Through the configuration of your browser, you can block or alert the presence of this type of cookies, although such blocking will affect the proper functioning of the different functionalities of our website.


The analysis cookies allow us to study the navigation of the users of our website in general (for example, which sections of the page are the most visited, which services are used most and if they work correctly, etc.). From the statistical information on navigation on our website, we can improve both the operation of the page itself and the different services it offers. Therefore, these cookies do not have an advertising purpose, but only serve to make our website work better, adapting to our users in general. By activating them you will contribute to this continuous improvement. You can enable or disable these cookies by checking the corresponding box, being disabled by default.


Functionality cookies allow us to remember your preferences, to personalize certain characteristics and general options of our website, every time you access it (for example, the language in which the information is presented to you, the sections marked as favorites, your browser type, etc.) Therefore, this type of cookies does not have an advertising purpose, but by activating them you will improve the functionality of the website (for example, adapting to your type of browser) and the customization of it based on your preferences (for example, by presenting the information in the language that you have chosen in previous occasions), which will contribute to the ease, usability and comfort of our page during your navigation. You can enable or disable these cookies by checking the corresponding box, being disabled by default.


Advertising cookies allow us to manage the advertising spaces included in our website based on criteria such as the content shown or the frequency in which the ads are displayed. For example, if you have been shown the same ad several times on our website, and you have not shown a personal interest by clicking on it, it will not appear again. In summary, by activating this type of cookies, the advertising shown on our website will be more useful and diverse, and less repetitive. You can enable or disable these cookies by checking the corresponding box, being disabled by default.

Press the button “ACCEPT” to accept its use or “DENY” to deny them. In this case ROQUETA ORIGEN, SLU, can not guarantee the full functionallity of the website. You can obtain further information in our COOKIES POLICY at the end of this page.
ACCEPT DENY MORE INFORMATION